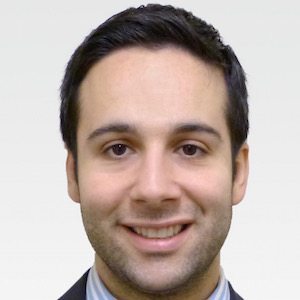 Josh Aharonoff, who’s lived in Great Neck all his life and has gone on to earn both a master’s in accounting and a position at the prestigious accounting firm of KPMG, has pushed that career aside to start an online video language learning program, www.Hebrewvirtually.com.

Aharonoff’s interest in providing instruction in Hebrew is rooted in his intense fascination with learning as many different languages as he can. “Right now I speak just three (English, Hebrew and Spanish),” he says, “but the dream would be to speak five to eight.”

“I think that languages are one of the strongest factors of a person’s identity,” he explained. “Whenever you speak to them [people] in their native language, it creates an enormous opportunity to bond with them. Learning languages in general, they’re so great for the mind. They’re fun and it opens up the opportunity for you to converse with many different people and different cultures. It’s something that I really enjoy.”

Hebrew Virtually launched at the beginning of last month and presently has four instructors. A package of 10, 55-minute lessons costs just under $200, but customers can receive their first lesson for free via Skype, Google Hangouts or even over the phone. Other packages and options are available.

“Our four teachers are very flexible, and they’re all native Hebrew speakers,” Aharonoff says. “Each underwent a rigorous interviewing process.”

“We have close to every hour available. In the event that a student wants a specific time, I’m pretty confident that we can speak to our professors to extend their availability.”

The 26-year-old Aharonoff, who is the director of sales and operations, started a similar site for Spanish lessons at the beginning of the year, partnering with Judah Lamm, who is a West Hempstead resident and is the firm’s chief technology officer.

“I found an ad on Craigslist, and I thought it would be really cool to learn a different language,” Aharonoff recalled of his initial interest in learning Spanish. “So, I decided to give it a try.”

He became convinced of the value of online video lessons when he took those lessons for two years. “I saw how effective it was just learning via video conferencing, because you’re face to face with the instructor and all of the attention is individualized,” he said.

“We believe that the most important thing in learning a new language is not necessarily how to translate things from one language to another, but more importantly understanding how to think directly in that foreign language,” says Aharonoff.

“In our courses we try to speak as much as possible in Hebrew only. For the first couple of lessons, that can be a little overwhelming. So, because of that, we take a unique approach.”

“The first thing we teach students is how to say things like, ‘What does this mean? Can you repeat yourself? How do I say this?’ So, already they’re able to start conversing in that foreign language.”

Though Aharonoff has turned away from accounting to devote his energies full time to Hebrew Virtually, he still plans to find time in September to work with his Great Neck cousins Nati and Emanuel Aharonoff, who are known as The Sukkah Boys.

The Aharonoffs offer their services in erecting and disassembling sukkahs (temporary dwellings that observant Jews use to celebrate the seven day holiday which begins on Sept. 28).

“Building sukkahs, I still want to be a part of because I really enjoy the experience,” says Josh.