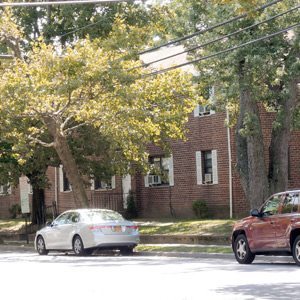 The fight continues at 794 Middle Neck Road in the Old Village, as rent-stabilized residents at the Academy Gardens apartments struggle to save their homes while property owner Kings Point Gate Association seeks to tear down the complex and build luxury apartments.

The residents’ fight to stay in their apartments has continued since 2007, when the original plan’s height variance was turned down. The concept resurfaced last fall, when yet another plan was put forward—one that needed no variances.

Though a variance is no longer needed, the plan is now before the Village of Great Neck’s planning board, the board which grants site plan approval, including drainage and environmental issues.

At the planning board’s March 27 meeting, Board Charles Segal told the Great Neck Record that the applicant (the property owner) had hired a consultant, VHB, to provide an opinion as to the socio-economic, and possible discriminatory impact of the removal of the current tenants. At that point, several planning board members stated that they wanted to have an independent evaluation made; they did not want to just depend on the applicant’s experts.

As a result, the planning board will hire a consultant who is an expert in the field and the cost will be covered by the applicant. Segal said that the plan is to have a consultant in place soon and then be ready to present the report at the next planning board meeting on Thursday, April 24.