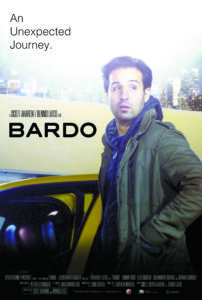 Young filmmakers Scott Aharoni, of Great Neck, and Dennis Latos, of Glen Cove, will be premiering their film Bardo at the Dolby Theater at 1350 Ave. of the Americas in New York City, on Friday, June 24, at a red carpet, private event. The two are expecting 200 people to attend.

The talented duo, who have been referring to themselves as the “Upcoming directing duo from New York,” have submitted their short film to highly acclaimed festivals all over the globe, including Australia, Canada, Italy, France, Hong Kong and several places across the U.S. Aharoni, 22, and Latos, 24, both directed, edited and produced this film.

“We feel that together, we can provide a fresh new cinematic grit when directing our films,” said Aharoni. “[We] have partnered up to be a powerhouse directing, producing, editing duo. We are also excited about Bardo since it will be considered our premiere as a directing duo!”

Aharoni and Latos are native New Yorkers, and since they shot Bardo in Astoria, Queens, “the aura of our film oozes New York City,” said Aharoni. He also said that the film features two other New Yorkers, Johnny Solo and Lelia Goldoni. Since the actors are just as excited about the film festival circuit as the duo, the filmmakers will bring the two actors with them to each festival where they’re invited to show their film.

“We feel that Bardo provides an emotional journey that our audience can take when watching our film,” said Aharoni. “The film offers a relationship between two characters that is gripping and unique. We like to explain Bardo as a journey that is full of imagination, requires interpretation and has a lot of meaning that is worth analyzing.”

He continued, “And, after watching Bardo, we want our audiences to know that they should never give up and that a second chance at life is possible. We truly believe, that no matter what, you are never alone in this world and there is always a loved one looking down on you. Making Bardo has been an extraordinary journey and we can’t wait for you to watch it!”

Be on the lookout for a follow-up piece about the red carpet event in an upcoming issue of The Great Neck Record.