I wonder if the architect knew what he was creating when he drew the plans for the courtyard at Great Neck South High School. I remember how we used to joke that the school was designed by a prison architect, a Panopticon institution where administrators could keep a watchful eye on our devious dealings. Yet, the subjects in our square prison could only be observed by the classrooms that were courtyard adjacent. The area formed a distant stage, framed by the windows of those rooms. The few tables in the courtyard projected a display for daydreamers, students and faculty alike.

This open-air yard served simultaneously as an exclusive venue for groups throughout the day. My friends and I held it in the critical social times before classes and after school. As buses dropped off or picked up, bus routes determined how many love affairs, friendship formations and break-up announcements one would hear. The courtyard was the hearth for us, the Central Perk, where exciting ideas of our future and laments of our short past ran through our young bodies.

I imagine with such a concentrated location of activity, the architect must have created this social experience deliberately. “One day, we’ll get out of this school,” we said, “and finally be free of these four walls.” 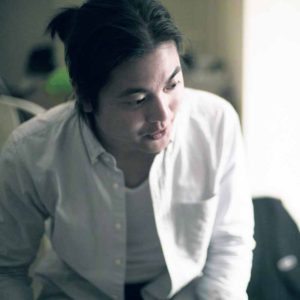 As underclassmen at Boston University, my friends said the same thing in the dining hall of the brutalist building Warren Towers—three monoliths and a base that constituted the second-largest nonmilitary dormitory in the United States. And again, but as a cadet, I walked through the barracks of Fort Leonard Wood, where soldiers, who stared at my rank confusedly, uttered their anticipation of graduating from basic training. They called that building the “Starship Barracks.” Those probably constituted the largest dormitories in the United States.

So, I wonder, after all the grumbling to leave, after all my longing to return home, who is sitting at the picnic table now? Through the dimpled holes of the table, is there a dreamer poking restlessly? Perhaps there is someone staring at those same divots, self-diagnosing a case of trypophobia. I wonder about them; how they are the ghosts of our future—the ghosts of our present. 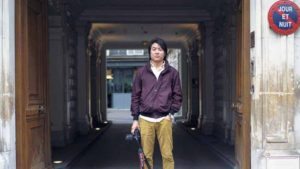 The column name, Jook Sing Lo, is a play on the author’s name. According to the writer, the term Jook Sing “is typically used in a sort of derogatory fashion for Western-born Chinese” and his last name, Lo, can also mean “old fella.” Our new columnist explained, “I hear Great Neck is increasingly populated by first-generation Asians, so I would like to showcase my ethnicity as a way to build a more multidimensional understanding of this demographic shift. I think that readers will find my writing to be quintessentially American at the end of each story.”