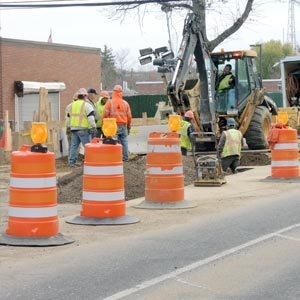 Following years and years of highly controversial discussions and a lot of work, the Great Neck Water Pollution District’s sewer combination, taking over the Village of Great Neck Sewer Department’s sewage flow, is about to officially happen.

GNWPCD Commissioner Steve Reiter told the Great Neck Record that he anticipates the combination will be final by mid-December.

The work has been causing traffic problems on East Shore Road for months. Village of Great Neck Mayor Ralph Kreitzman, whose sewer plant is about to combine with the GNWPCD, said that they have “no independent knowledge” of what is happening at the district’s plant and “only know what we are told by the district.”

Kreitzman noted that his village continues to operate its own plant as they “anxiously await the combination.” He said that he, too, anticipates the combination will come about in mid-December.

“Since both the district and the village wanted the combination to occur this past summer,” he said, “we are sure the district is trying to accomplish it as soon as possible.”

As the work continues, Nassau County has given permission for double work shifts, 8 a.m. to 4 p.m. and 4 p.m. to 11 p.m. Lights are in use during the night-time hours.

The combination came about when the DEC (Department of Conservation) ordered the village sewer plant and the district’s sewer plant to lower the nitrogen levels and the most economical way to proceed was via a combination.

Proud of the new plant which is finished and will serve residents in the original GNWPCD and those added from the Village of Great Neck, Reiter said that the nitrogen levels are now “way down” and are expected to decrease a bit more once the project is completed.

Today, the nitrogen levels are lower than is required by the DEC and Reiter told the Record that “the plant worked beautifully.”