Unbeknownst to many, Great Neck is home to the oldest City College graduate and opera goer, Aaron Blecker. At 105 years young, Blecker still knows how to put a smile on someone’s face with his witty humor and the underdog story of his life.

Born on July 27, 1911, Blecker grew up in lower Manhattan in a very poor family. Throughout high school, he worked very hard and was later accepted to City College with a 95 GPA. But, then, he faced a decision. What would he major in? 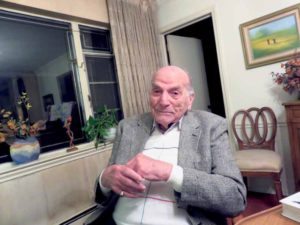 “I didn’t know,” said Blecker. “My mother wanted me to be an accountant, so I put down accounting.”

While working as a linen delivery boy during the day, Blecker attended night school. It took him 10 years to complete college because of his day job. After earning his degree, he worked for an accounting firm for five years before taking his four-part CPA exam. Blecker passed on the first shot, and was eager to begin his career at an accounting firm. 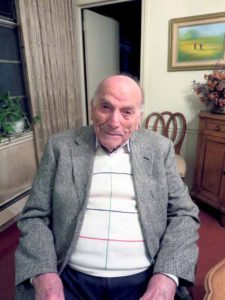 “I figured, here I am,” said Blecker. “I’m a CPA and the world’s waiting for me. I applied to one of the big accounting firms, Price Waterhouse. I figured they would give me a job and I’d get started and I’d be of use to them. But, they told me, ‘sorry, we don’t hire Jews.’ I was so disappointed.”

After being turned down by a major accounting firm because of his religion, Blecker decided to open his own practice. He had to start from scratch, as Blecker said, going door to door to build up and create his own business. Blecker said that he has retained some of his clients for more than 70 years, and still has a few today. He keeps up with tax laws and writes everything by hand. 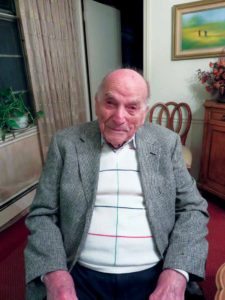 “I had the determination and willpower to become a success,” said Blecker, describing how he overcame the hardships he faced. “I was fortunate. I didn’t give up. If I had a disappointment, I didn’t sit there and sulk. I tried to prove myself and was better the next time. I was lucky and I fortunately became a success, have lived a long life and made a nice living.”

Not only did Blecker show determination throughout his education and career, he also never gave up when pursuing his wife. Their love story began at a dance in a city park. Blecker recalled that his wife had rejected all the men who asked her to dance, including Blecker. But Blecker was resilient and persuaded her to dance with him. After their dance, he asked for her name so he could see her again. She refused and he followed her until, as though out of a romance movie, she finally yelled out “Sophie Barman” before boarding a train. Blecker and Barman married in 1937. 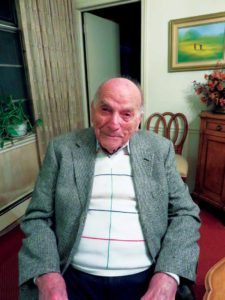 Most people hear the number 105 and think that at that age, one’s quality of life may not be very good, but the opposite seems to be the case for Blecker. With bridge club three days a week, reading material always on hand and chess games with his son, Blecker remains busy. His two children, five grandchildren and six great-grandchildren also keep Blecker quite active as he constantly tries to keep up with their lives.

When asked what his secret to staying so healthy at 105 is, Blecker seemed to attribute his longevity to pure luck.

“I think God was just good to me,” said Blecker. “He blessed me with health and longevity.” 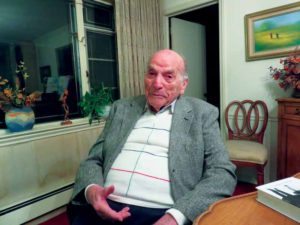 Along with luck, Blecker attributes his long life to his lack of medication consumption. He doesn’t even believe in the use of over-the-counter medication for simple colds. “There are too many side effects that can come along with their usage,” he said. “Drug companies boast that their drugs can cure your cold in just a week, meanwhile, your cold may naturally go away in a week,” said Blecker. He feels that people can do without unnecessary medication and thinks that his abstaining from using it definitely contributed to his long life. 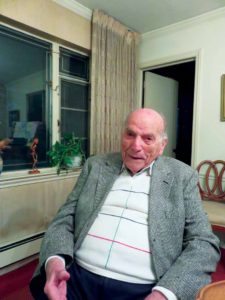 Blecker feels that he has lived a successful and fulfilling life. He had the perseverance to be successful at everything he set his mind to, and overcame any hurdle in his way. Through 105 years of determination, Blecker proves to be a true underdog, having worked hard enough to get out of the poor neighborhood, become a successful accountant and now resides comfortably in his Great Neck home.